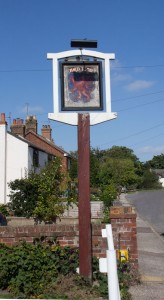 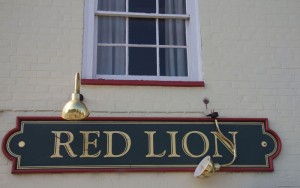 This old pub was situated in The Street in Blundeston but is, unfortunately, now demolished to make way for housing.

Originally called The White Lion, it was described as a beer house in White’s Directory of 1844 with Henry Welton and William Bristow listed as “Beer Retailers”

As William Bristow had apparently opened the “Malt and Hops”, also in The Street, and subsequently renamed The Crown, it is probable that Henry Welton was at The White Lion. It is not clear when the name was changed.

At the front there was a large mounting stone to help customers mount their horses more easily. There were stables and outbuildings along the southern side. In the 1930s fish, meat
and clothes were sold from one of these.

During World War II a small brick building near the entrance was used as an air raid shelter post and later as a men’s hairdressers on Monday evenings.  All these outbuildings were demolished in the mid 1960s to enlarge the car park.

Over the years severalalterations were made, including the removal of divisions between bar and lounge, and the building of an extension at the rear to include toilets (the originals were outside) and a kitchen area.

Doug & Jan Penny were licensees from January 1985 to May 2009 and in that time they maintained the Red Lion as a traditional country pub with no food served, no juke box or fruit machines – just chat, pub games and good camaraderie.
Games played included darts, dominoes, cards and, later on, pool. There were several darts teams, both male and female, and in 2007 the Prison Club men’s team moved to the Red
Lion for two seasons; at one time a pool team also played there.

Another activity, years ago, was
a vegetable growing competition, the largest of each variety being auctioned
for charity. Jan Penny relates that the
late Tony Edwards decided that he would definitely win by cutting a marrow in two
halves, then rejoining them with a wide ribbon (who said cheats never
prosper!).

Another story told about Tony
Edwards is that a customer stated that he could play any musical instrument and
Tony bet him £10 he couldn’t – bet on!
He then went home and fetched a trumpet packed full of soil which he had
dug up and, needless to say, it was impossible to blow into, so Tony gained
£10.

In the true style of a local pub many jobs, services etc. could be arranged over a pint. Flowers were regularly brought in to brighten the surroundings and a regular supply of fresh vegetables was always on hand from customers’ gardens. Once, customers took part in a
charity motor bike run from Norwich to Great Yarmouth, and another event held
annually was a fun bike ride to include pubs in surrounding villages followed by
a barbecue at the Red Lion – steering failures were a common feature, mostly on
the return journey!

New Year’s Eve was always a memorable occasion. Jan always provided
a sumptuous buffet and the New Year was seen in in style. The Sunday lunch meat raffle was
a popular institution and much consternation was caused if someone won it several times.An excellent Christmas draw was held, with several regulars being involved in its operation.

The Red Lion wasn’t simply a ‘watering hole’, it was a community centre, ‘swap shop’ and leisure centre all rolled into one. Sadly, Doug died in 2004 and Jan carried on until May 2009 when she took a well deserved retirement and Kevin took over.

Unfortunately, by that time many pubs, especially rural ones, were struggling and the Red Lion became more and more unprofitable, finally closing its doors in November 2010

If you have any further information about the Red Lion or any old photos we can scan and return please get in contact. 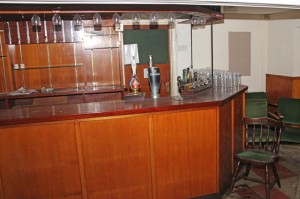 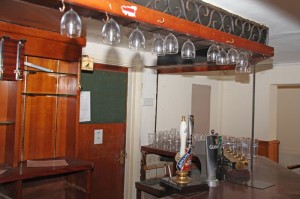 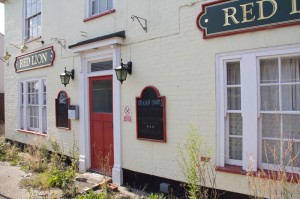 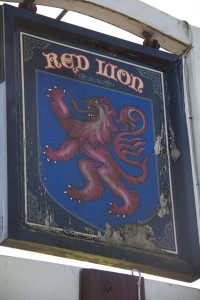 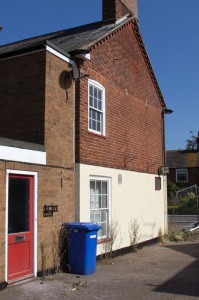 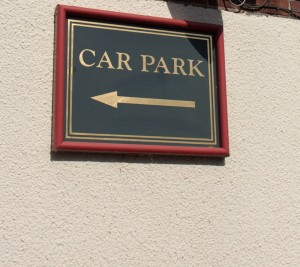